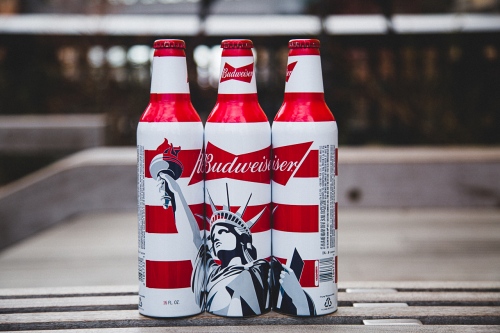 According to an article by Jason Blevins of The Denver Post, the National Park Service (NPS) has waived its restrictions on partnering with alcohol makers to raise money and awareness for the “Find Your Park” campaign. The NPS established a two-year, $2.5 million deal with Anheuser-Busch InBev that will allow the beer manufacturer to use NPS logos and park images (specifically the Statue of Liberty) on bottle wrappers and caps and to organize “Bud-branded events such as summer concerts inside yet-to-be-named park properties”. The NPS established a directive in 1998 that prohibited it from receiving donations with questionable product and service providers, such as beer and tobacco manufacturers.

Personally, I don’t have a problem with the NPS earning some advertising dollars from beer makers. I’d have a problem with the agency partnering with a tobacco business but not so much with a beer company. The NPS needs money badly to keep open and maintain national properties – this gives it some of the capital to do so. I just wish the NPS was partnering with a better beer maker, like Sierra Nevada or another, similarly outdoorsy brand. It seems to me that the only reason Budweiser wants to partner with NPS is to legally use the image of the Statue of Liberty on its beer cans. That seems far less promotional for our beautiful national parks and far more patronizing towards diehard nationalists.

Fun, unusual and forgotten designations on our calendar.

Adventures and blunders of a petite Texan

A Note From Abroad

“Twenty years from now you will be more disappointed by the things that you didn’t do than by the ones you did do. So throw off the bowlines. Sailaway from the safe harbor. Catch the trade winds in your sails. Explore. Dream. Discover.” ~ Mark Twain

Tales from the Upper Left

Living for the weekend, loving the in between and dragging you along for the ride.